I’m pretty sure I’ve owned some type of Swiss Army knife since I was a teenager. I got my current knife sometime in the late 80s or early 90s. So almost 30 years. That means countless boxes opened, a bunch of IKEA furniture assembled, some light switch plates screws tightened, a few bottles of wine uncorked, and dozens of beer bottles uncapped. I don’t think I’ve used the awl tool that much. I know I used the long blade for something I shouldn’t have since the tip is broken off. The toothpick is long gone but the tweezers stuck around.

I was looking at it and thinking it might be time to get a new one. Then I got sentimental. There’s really no point in getting a new one. With all its issues, it still works. With a little luck, I will die owning this knife. Of course then it will probably end up in the trash. I can’t see my kids keeping it around. 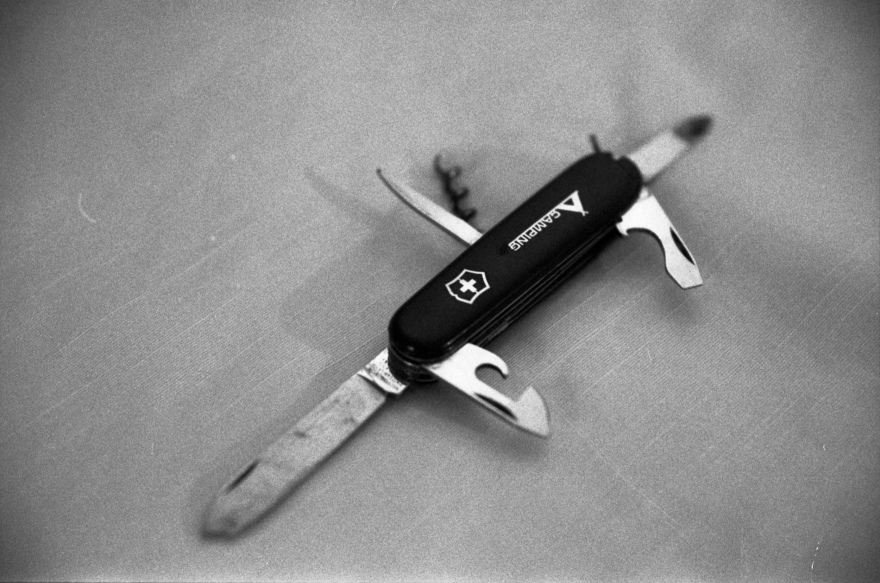